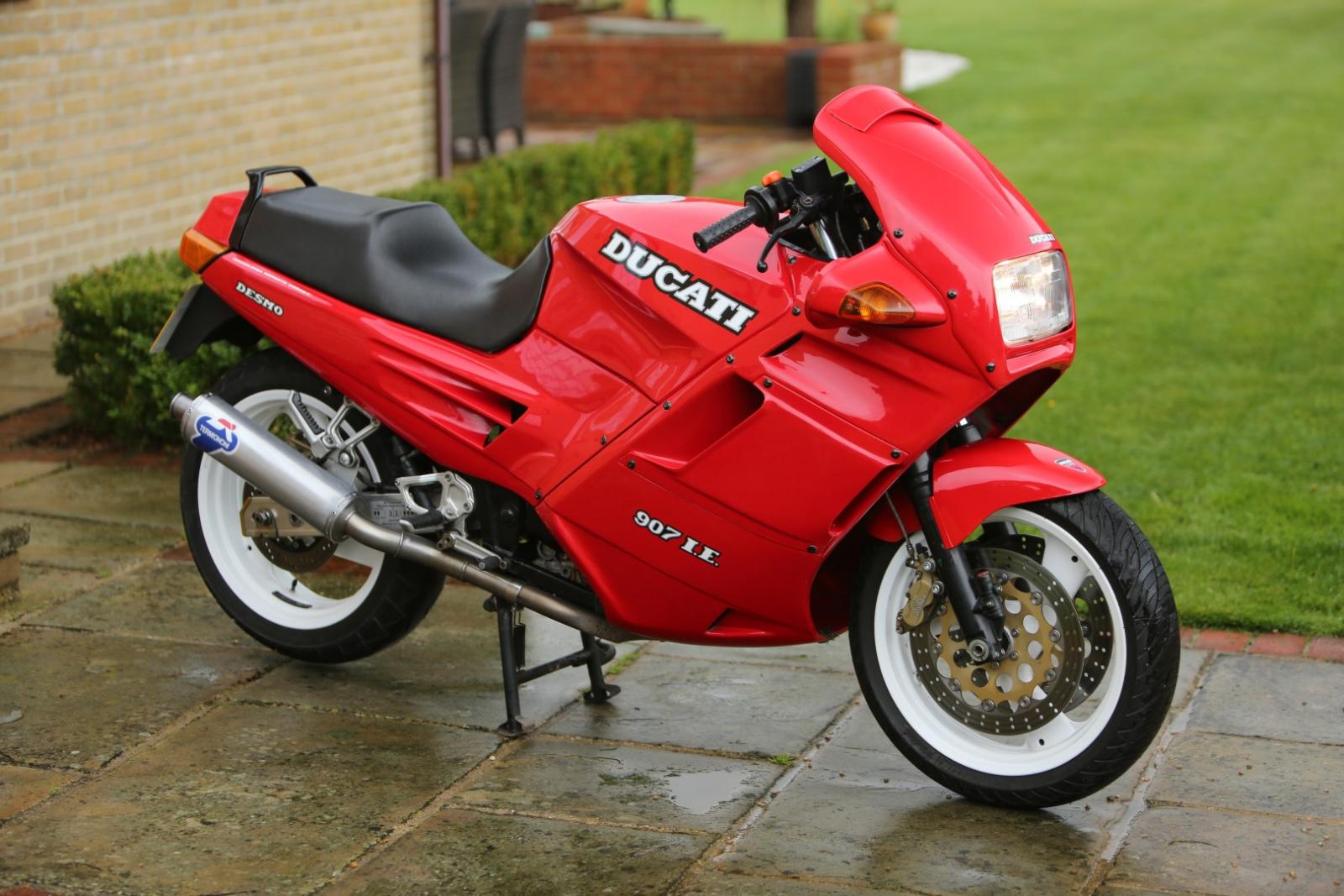 The Ducati 907ie is the final evolution of the Ducati Paso, the first Ducati designed from the ground up by the incredible Massimo Tamburini who worked for CRC (Cagiva Research Centre) after leaving Bimota (of which he was a co-founder).

CRC upon taking over Ducati, gave Tamburini a blank sheet brief and this was entirely his design. The fully faired look was a strong Tamburini design cue taken to the extreme (the earlier Tamburini designed Bimota SB2 embodies similar characteristics as did the later 916 and MV Agusta F4). 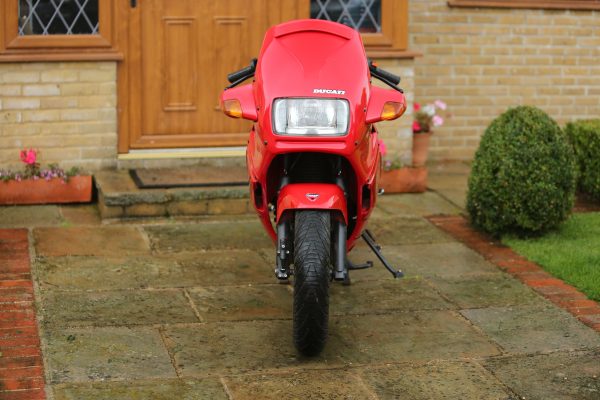 This particular model is the later 92MY spec Ducati 907ie with the larger Brembo Goldline brakes and discs. The earlier Paso models (named after Tamburini’s friend and racer Renzo Passolini) suffered with fuelling issues which the ’91 launched 907ie resolved by adopting Fuel Injection, the first production Ducati 2V to run with FI which laid the basis for later 2V engined models. Other 907 changes including moving up to 17″ wheels front and rear which gave a far wider choice of rubber as well as extra hp, now at 90bhp. This is one of only 6 currently left in the UK according to the UK how many left website. 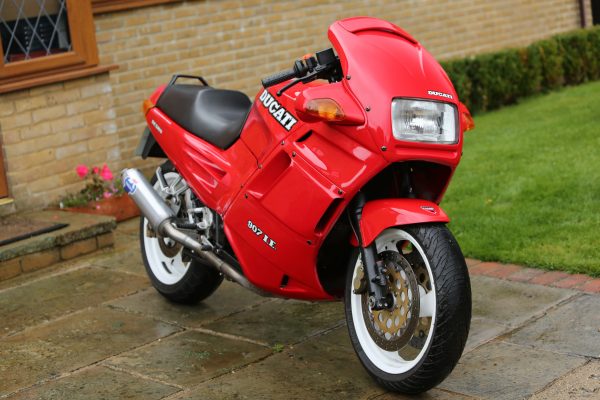 The 907ie was ahead of its time in many ways, fuel injection, fully adjustable suspension front and rear, huge brakes and a sleek futuristic look incorporating faired in mirrors and indicators.

This particular example sports Termignoni pipes and a mere 5,000 miles complete with original chain and sprockets. A beautifully balanced bike with effortless torque from its 904cc V-Twin motor and stable confidence inspiring road holding with a comfortable riding position and superb braking, it’s an absolute joy to ride. 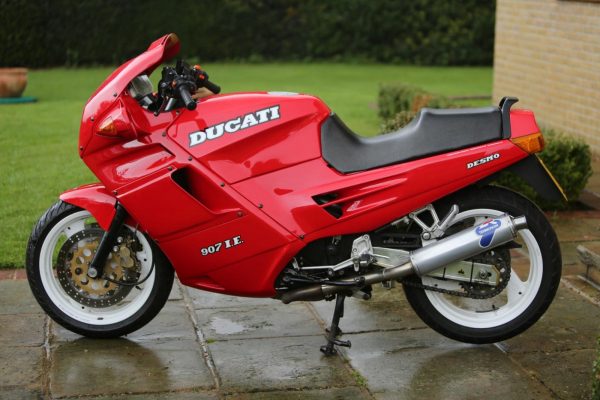 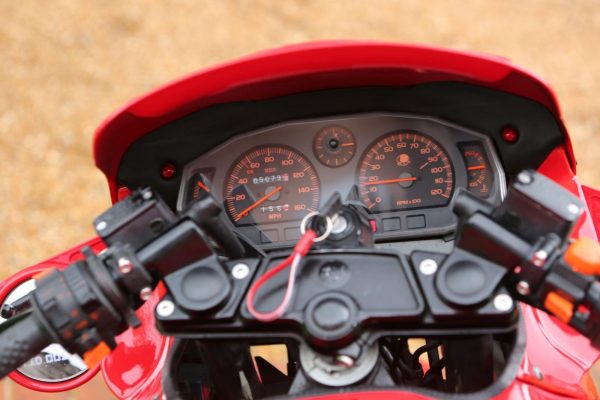