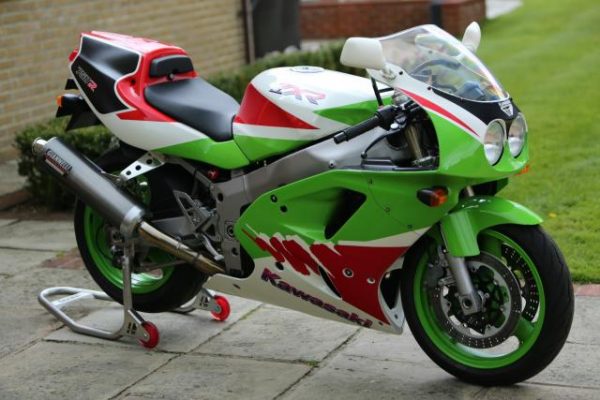 My 90’s dream bike. A ZXR750R M1 which was effectively the homologation special of the bike that took Scott Russell to Kawasaki’s first and only superbike championship world title (last century). Scott Russell and his ZXR were the underdog that triumphed over Carl Fogarty beating him to the riders championship and seeing off the other homologation specials such as the more expensive Honda RC45’s and Ducati’s in the process. 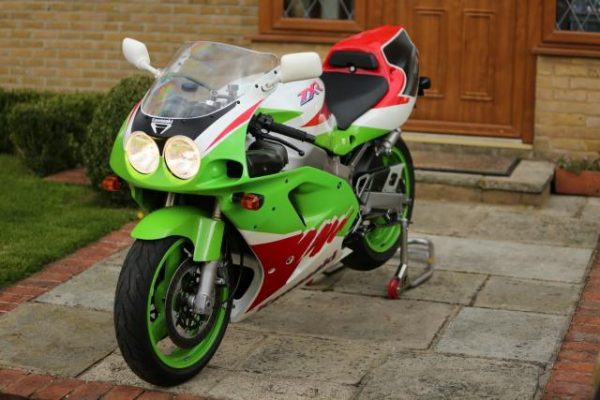 It has spent it’s life in a collection in Italy and never been registered. 39km only. It’s waiting to be registered and then fully recomissioned. I’ll have new tyres fitted to it (Pirelli Diablo Rosso III) and Goodrich braided brake and clutch hoses (probably with black teflon coat so they look stock). I’ll keep all the original parts safe. The rear shock was always criticised for being too hard, I’ll try it as is, if it is back breaking then Nitron do a 3 way shock and that would likely be it. Then I’ll just enjoy it for 200-300 miles a year on sunny Sundays. 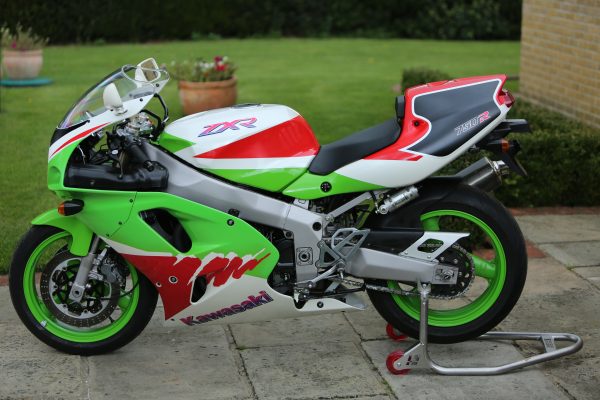 I’ve always hankered after one since seeing my first ZXR in 1992, the first time I nearly bought one was in 2002. Since then I’ve come close a few times with an R but always talked myself out of them because of condition and what have you, every year they are getting scarcer and the condition is generally getting worse. With this, it’s a case of now or never because the way modern classics are going it won’t be long before it becomes totally out of reach. I figured I’ll be very unlikely to ever see an example like this again so time to bite the bullet. It’s not cheap but it looks like perfection to me, in my favourite colour too and it was one of the last of the ZXR750R’s! 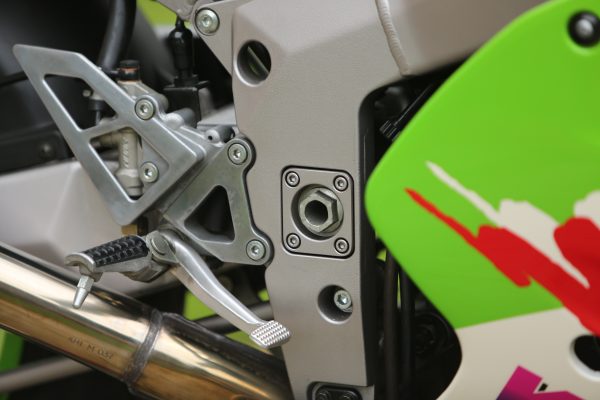 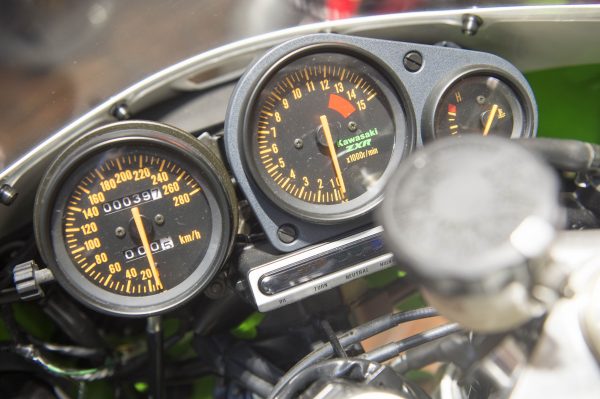 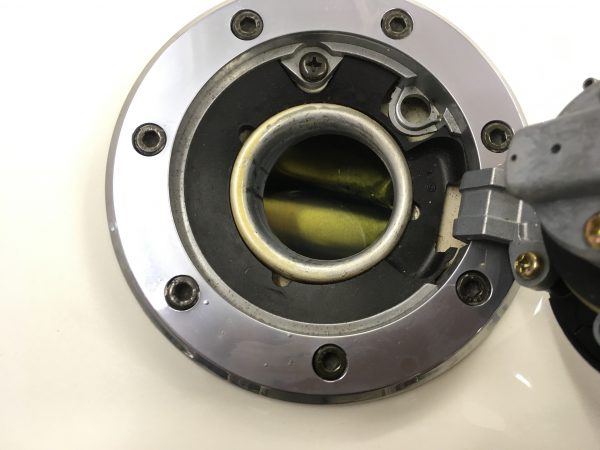 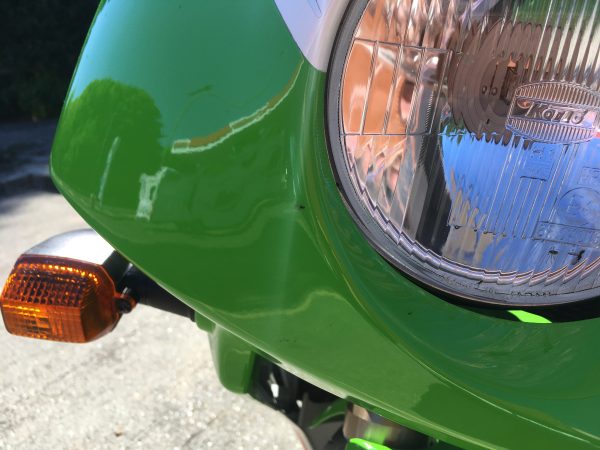